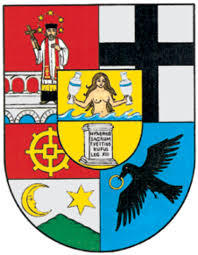 Meidling is the 12th district of Vienna. Its special feature is the harmonic fusion of a rural landscape and urban areas. On a total area of 8.21 km², there are not only large residential houses but also urban family houses. In general, the district shows many potential investment possibilities.

Furthermore, the transport system is extensively developed. In Meidling, there is the railway station Wien Meidling which connects the capital city with various other European cities as well as the subway lines U4 and U6, which lead also to the City Centre and thus, a very attractive region for tourists.

The 12th district is also rich in building sites and, thus, there are a lot of construction projects, mainly for the purpose of building more residential houses as the population of the district rises constantly (2011: 88,023 citizens; nowadays, there live 97,634 citizens) and therefore the demand for living space too. Two of a range of such projects are the “Wildgarten” and the “Gartenstadt 2.0” which will provide each approx. 1,100 apartments. The completion is planned for 2021 and 2022, respectively.

The main shopping street of the 12th district is the Meidlinger Hauptstraße which is a pedestrian zone with numerous Cafés, Boutiques and restaurants. After a short walk along that street, there is a possibility for taking a rest in one of the recreational areas nearby (Haydnpark; park “Stadtwildnis”). A famous tourist attraction is the Old Viennese Schnapsmuseum. Notice that a prior registration is necessary. An important role on the real estate market plays also the Palace Hetzendorf, where the Viennese fashion school is located and, therefore, a demand for rental apartments creates.