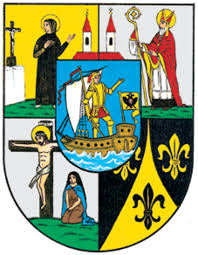 Mariahilf is the 6th and smallest of Vienna`s districts. On a total area of 1.45 km² live 31,651 people. The 6th district is well-known for its shopping street Mariahilferstraße (also called the Innere Mariahilferstraße which denotes the inner section of the street) which puts a sparkle in the eye of the shopping enthusiast.  Together with the outer section of the street it connects the imperial residence Hofburg with the famous Schönbrunn Palace. Initially, this district was meant to be a business district, however, as there are limited options for additional constructions the cityscape took a different path. Overall, there are approx. 1,140 apartment buildings. Just around 120 of them were built after 1991. Different remarkable architectural styles offer a charming scenery for various modern cafés, bars, restaurants, apartments and hotels. The exclusivity of this district leads to an average price for real estates of € 5,500/m² in the case of first occupancy and € 4,100/m² otherwise. The average living space is 78 m² and on average 41 m² of living space fell per person.

The 6th district is in general a very popular district. There is not only the well-known shopping street, but also the theatres Theater an der Wien and Raimund Theater and the House of the Sea which consists of a seawater aquarium, a terrarium and a zoo park. At the border of the 4th and 6th district there is the Naschmarkt located which is an urban market which offers not only regional but also numerous international products. Various bars and restaurants attract evening visitors in Mariahilf. Furthermore, tourist love this region. In 2017, 697,329 overnight stays were recorded.