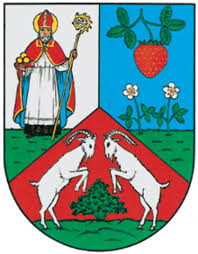 Landstraße is the 3rd Viennese district and is located very central. It has a modest total area of approx. 7.42 km2 and a population of 91,745 people.

As many of its neighbouring districts, Landstraße is also characterised by a combination of historic touristic attractions, green and pedestrian areas and marvellous living and commercial spaces. A substantial part of the 3rd district is known as the “diplomatic district” as there are even 24 consulates and embassies of various different countries (e.g. those of the Russian Federation) located. Another special feature of the 3rd district is the transport system: 2 different metro lines, railway lines, regional railways and the CAT (City Airport Train) form an impressive transit hub.

Landstraße is a highly populous district. According to statistics, the total population rises steadily (for comparison: in 2011 83,955 citizens lived in Landstraße) and guarantuees a constant increase in the demand for living space; currently, the average living space per person is around 42 m². In total, there are over 3,900 buildings in the 3rd district and about 380 of them were built after 1991. The average price for a square meter is around € 5,300 in case of first occupancy and around € 3,800 otherwise.