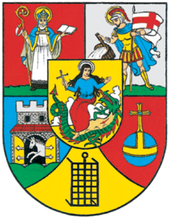 Margareten is the 5th district of Vienna. Previously, it was part of the 4th district, however, because of social-economic reasons it was declared independent in 1861. Afterwards, the south part of Margareten was given to the district Favoriten. Eventually, the total area of the 5th district is 2.01 km² with a total population of 55,123 people.

In the past, Margareten was a working-class-district. Nowadays, a considerable part of the district belongs to the middle-class. Margareten offers a remarkable cityscape, characterised by apartment buildings, cosy cafés and modern restaurants. In the 5th district there are about 1,900 residential buildings, roughly 160 of them have been built after 1991. The demand for real estates in Margareten overtakes sometimes the supply as this is the most affordable district within the beltway of Vienna. The average price for living space is around € 5,200/m² in case of first occupancy and € 3,900/m² otherwise. In general, apartments have on average a proper size of 64 m² (on average 34 m² per person). The population increases constantly and there is expected to be a new upswing because of the expansion of the metro line U2.

In general, Margareten does not offer any historic tourist attractions, however, because of the close proximity to the city centre there are a lot of overnight accommodations for tourists. In 2017, around 550,493 overnight stays were recorded.